We are a full-service accounting firm committed to providing you with efficient, accurate, and personal services, including tax preparation and planning, financial planning, review, advisory services, same day business start-up packages, and accounting and payroll services. Our firm is here to help you realize financial priorities, make the most of new opportunities, and maximize your growth potential.

In a world in which speed seems to be valued above all else, we at RC Jones & Associates understand you want an accounting firm that takes the time to provide you with quality work and the personal service you deserve. Whether you are looking for a new accountant or are just starting a new business, we encourage you to review the services and resources we have available, then contact us with your concerns, large or small. Your satisfaction is our first priority and we are ready to serve you. We strive to build close business relationships with all our clients. 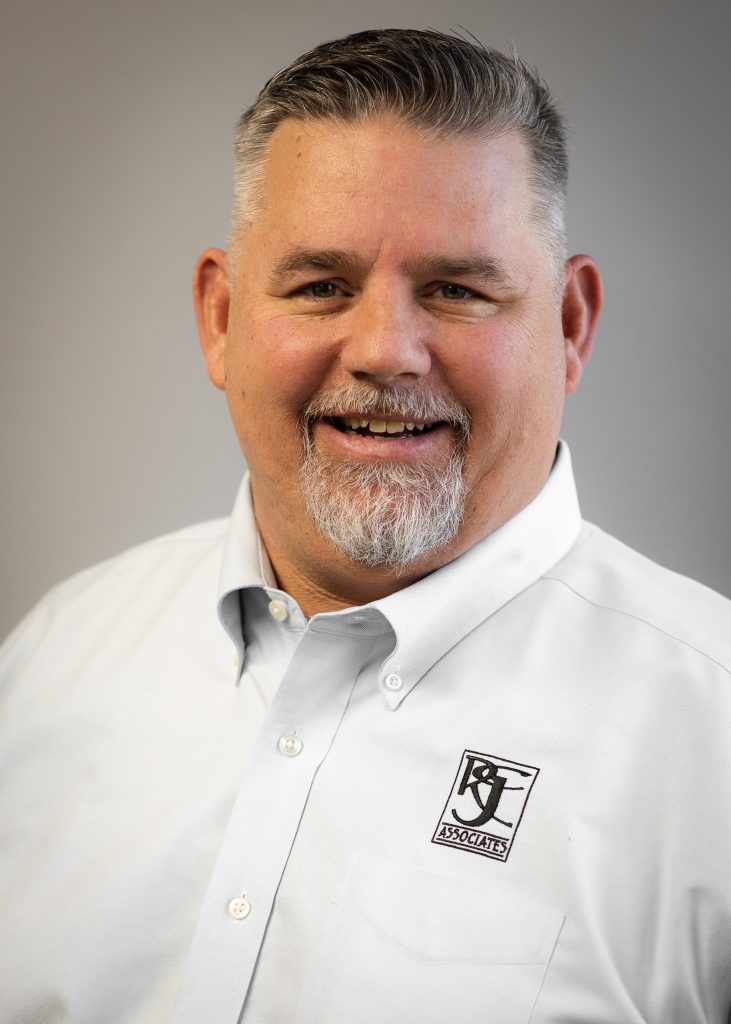 Robert Jones, EA is President and Founder of RC Jones and Associates Inc., an Accounting and Business Advisory firm located in the Kansas City, Missouri metropolitan area.  He also is an independent Director on the Board of Historic Downtown Liberty, Inc. and has been a board member since 2008 holding the executive positions of Treasurer and currently as President. He also serves as Treasurer for the City of Pleasant Valley MO and previously served as Director for the Historic Downtown Liberty Community Improvement District.  Recently recognized by the Kansas City Business Journal and invited to be a member of the Leadership Trust.

Earlier, Robert was Treasurer for The City of Weatherby Lake MO and served on the board of another non-profit corporation, Kansas City Rugby Foundation, Inc. serving as Treasurer and Vice President.  Robert also served as a Managing Partner of a payroll services company, Payroll Connection, LLC in Liberty which he later sold.

Robert graduated from William Jewell College with a BS in Business Administration and Finance with an emphasis in accountancy.  He received his CPA in 1999 from the State of Indiana and is also an Enrolled Agent (EA) with the IRS licensed to prepare Income Tax Returns throughout the United States as well as represent clients within the Jurisdiction of the Internal Revenue Service.  Robert maintains two offices, headquarters are in Liberty, MO with a second Northland location in Gladstone.  He is married to Kelly and a proud father of three daughters (Raven, Saige and Kennedy).  Raven and Kennedy are graduates from the University of Missouri – Columbia; Saige is a Senior at Northwest Missouri State University.

Vick Smith graduated from Central Missouri State University with a Bachelor of Science in Business Administration and immediately went to work for a CPA firm for the next 9 years until switching jobs to work closer to home. When CD Holtzen sold his business in 2017, she joined the RC Jones & Associates team. She now permanently works from home and enjoys a wide variety of tasks from bookkeeping to individual and business tax preparation to payroll compliance. She loves having a great working relationship with her clients and co-workers.

Vicki and her husband live in Lawson with their 4 dogs, 3 cats and 2 horses. She loves traveling, being outdoors, taking the dogs for walks and going fishing.

Cindy moved back to the Kansas City area in 2019.  Cindy has a lifetime of experience in customer service and management.  Taking on the opportunity to learn something new has grown into her being able to combine her passion for people and her natural habit for detail.  She absolutely loves building relationships with her clients and the feeling of “being home” again.  “People in Kansas City are unique.  There is a sense of unity in them and they’re all about family and helping each other.  I have missed the KC heartbeat you find here, it’s what I love about my clients the most!”

Cindy has two beautiful daughters: Tiffany, and Lindsey, as well as two handsome son-in-loves, Jon and Marco.  Between them they have blessed her with 7 gorgeous grand kids who are now all teenagers.  “Jackson and Jameson live in Arizona and I visit as much as I can. They are avid baseball players and very skilled at what they do.  Madison, London, Mia, Grayson and Courtney live in Salisbury MO.  They play everything from Softball, basketball, track to cheerleading.  I do love for my littles!”

2019 – Present    RC Jones & Associates – Responsibilities include preparation of tax returns, review of financial statements, projecting impact of financial changes on tax returns, and working with the staff on training and accomplishing our corporate and clients’ objectives.

1975 – 2004    Kansas City Power & Light Company (KCPL).  Ron began his career as an Internal Auditor and advanced to the position of Assistant Controller.  His responsibilities included operational audits, preparation of the corporate budget and variance reporting, all accounting departments, taxes, SEC Reporting, and testifying before the Missouri, Kansas and Federal Power Commissions in rate cases.

Ron has served on the KCPL Retiree Board of Directors, where he held the positions of Treasurer, Vice-President, President and Executive Board Director.  He is a member of the St. James Knights of Columbus and was Financial Secretary for six years.

Ron is a life long resident of Kansas City.  He married his wife DeDe and raised their six children in Gladstone Mo.  They have fifteen grandchildren and two great grandchildren, some of whom reside in Anthem, Arizona.  Ron has enjoyed participating in various sports throughout his life and is still actively playing racquetball.

Ms. Williams has her Associates in Business from the Metropolitan Community College and received her Bachelor’s in the Science of Accounting in 2020 from the University of Missouri in Kansas City (UMKC).

While attending Maple Woods, Tara’s career was encouraged by Professor Luken through introducing her to VITA. Through VITA, a volunteer tax preparation program, Tara discovered her love for taxes. While participating in VITA, Tara got an internship with Bruce Culley, CPA and started working for him. Mr. Culley and his staff assisted with the foundation of her experience in bookkeeping, payroll, and taxes. In June of 2019, Tara started at RC Jones & Associates working as a tax preparer and staff accountant.

Tara has two wonderful boys, Marcquis and DeVante. They have been her driving force to gain experience while getting her degrees to ensure a valuable career. Tara takes inspiration from her boys into her life. Marcquis’ humanitarian personality has taught her that there is more to this world than just one view. DeVante’s ability to master and understand the world through his hands on approach has taught her that with determination, anything can be figured out. With these inspirations, Tara strives to compassionately help anyone out who is determined to learn. Tara’s motto she lives by is to leave everything better than how she found it.

Brook is a Staff Accountant at RCJones and Associates. Brook Joined the team in October of 2019. She went to North Central Missouri College and MCC- Maple Woods Community College for nursing but learned that accounting was more her calling.

Brook was a volleyball player in high school and still enjoys the sport. She lives with her husband (Jake), two daughters (Jozie and Olivia), little boy on the way, and their two pugs. She loves spending time with her family, watching her husband race dirt bikes, and her children learning the ropes of riding as well. Spring through fall they spend their weekends at the racetracks and playing outdoors! 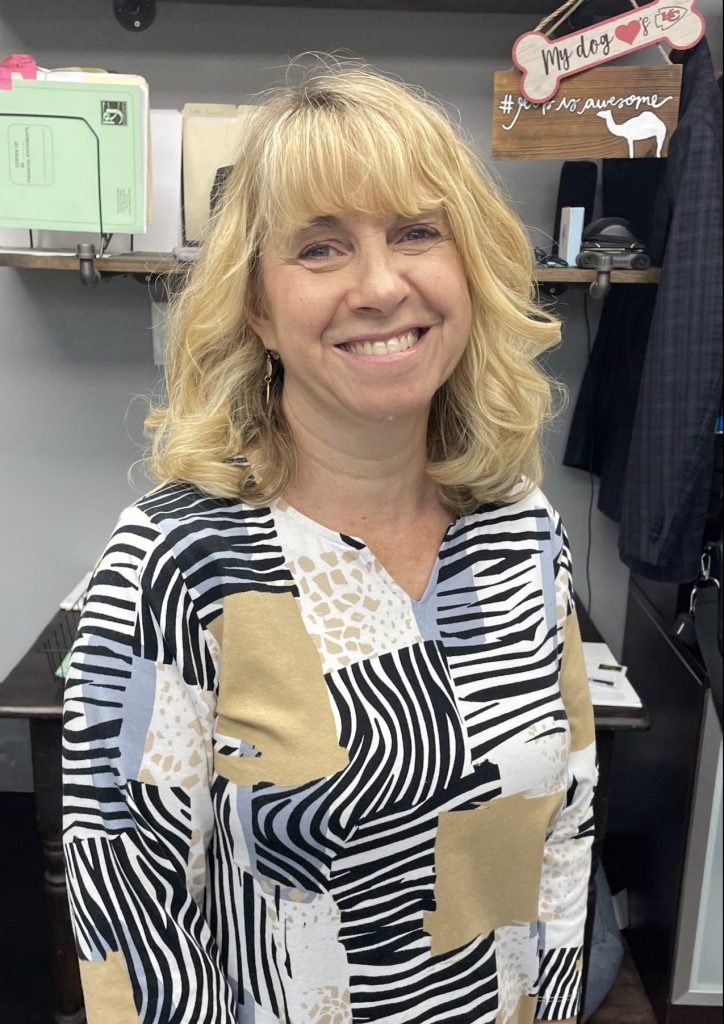 Debbie is presently a Bookkeeper at RC Jones and Associates Inc., an Accounting and Business Advisory firm located in Liberty, Missouri.

Debbie graduated from Excelsior Springs High School. After graduation she married and became a mother of three children. After 10 years she became a single mother and purchased a home in Excelsior Springs and lived there for over 18 years. She re-enrolled in college classes, where she earned her degree.

Debbie worked as the Administrative Assistant to the Center Director at the Excelsior Springs Job Corps Center. The final years of her employment, she was promoted to Business Community Liaison. This was a perfect fit for a small town girl who had lived in the same town her entire life. Her job was more like visiting friends and family when she attended the Chamber of Commerce events.

After her job was reassigned to the Corporate Office in Jackson, Mississippi, she decided it was time for a career change. Debbie was hired by Larson Tax and Accounting Service in Liberty, Missouri. She continued to work there and enjoyed her job and her clients for many years.

She married William Smith and they moved to Liberty, Missouri in 2016. Together they have four adult children and six grandchildren, ranging in age from 3 months to 15 years old. Three of the adult children live in the Liberty area. The fourth daughter lives with her husband in Atlanta, Georgia. Debbie spends most of her free time going to sporting events, gymnastic competitions and just spending quality time with her grandchildren.

Jacob was born in St. Louis and lived there until August of 2016. From there he moved to Columbia, MO to attend the University of Missouri. While in Columbia he worked at UPS as a Part-Time Supervisor where he supervised more than 50 employees. In August of 2020 he graduated the University of Missouri with a Bachelor of Science in Business Administration with and emphasis in Management and Human Resources. After graduating he moved back to St. Louis where he took a job marketing for a non-profit until he moved to Kansas City to work at RC Jones & Associates.

Jacob lives with his girlfriend Kennedy and their dog Johnson. Outside of work he likes spending his free time with friends and family, watching sports, and traveling when he can.

RoseAnn graduated from Rockhurst University earning a Bachelor of Science degree in Business Administration with an emphasis in accounting. She has worked in the field of accounting for over 40 years.

RoseAnn enjoys working in her garden and traveling the country with her wife, Tracy, whom she met in 2010 and tries to live by the motto “Positivity is greater negativity”. + > –

WHAT ELSE IS POSSIBLE!! 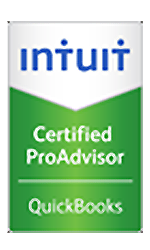 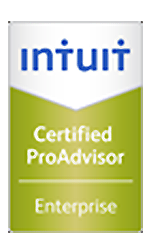 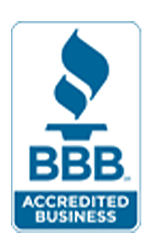